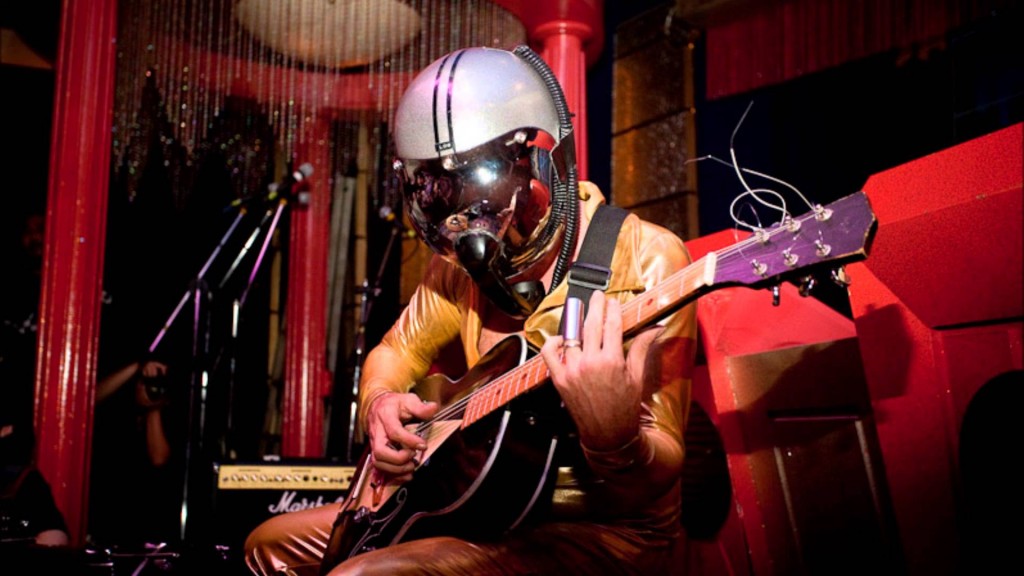 When Bob Log III was a child, he lost his left hand in a boating accident. It was soon replaced with a monkey paw, and a new guitar style was born.

“It’s my own personal style, see,” Log says, “the paw moves much quicker than a normal hand, so my real hand has to flop around a lot to compensate.”

And what about the helmet?

“What helmet?” he asks, his voice muffled by a helmet.

Bob Log III is an enigma wrapped in a riddle and riding a wave of futile guessing and searching as people around the globe are trying to figure out just one thing. Who is this man? Rumours have started to circulate that he is anyone from Tom Waits to one of the Strokes.

“He’s Bob Log, an enigma.” a spokesperson told NME. “He’s not one of The Strokes. None of them have monkey paws.”

In the April 24-May 1 issue of Time Out London, Tom Waits is asked who he is listening to right now. He says, “Well, I really like Wu Tang Clan, those guys kill me. And then there’s this guy named Bob Log, you ever heard of him? He’s this little kid — nobody ever knows how old he is — wears a motorcycle helmet and he has a microphone inside of it and he puts the glass over the front so you can’t see his face, and plays slide guitar. It’s just the loudest strangest stuff you’ve ever heard. You don’t understand one word he’s saying. I like people who glue macaroni on to a piece of cardboard and paint it gold. That’s what I aspire to basically.”

The chances that his identity will be found in our lifetime are slim, but this one man, bass drum/slide guitar, band continues to mystify everyone who hears him play. As long as there are bars, Bob Log will be there ready to let a lady sit in his lap, or if they’re lucky, allow them to slip a boob in his scotch. 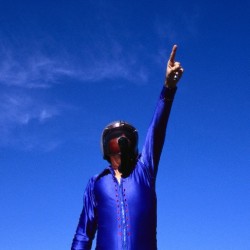 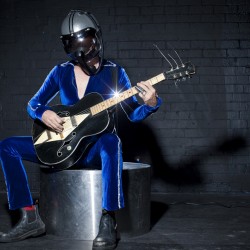 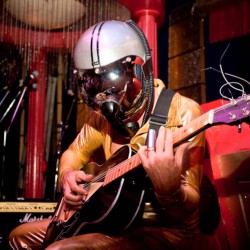