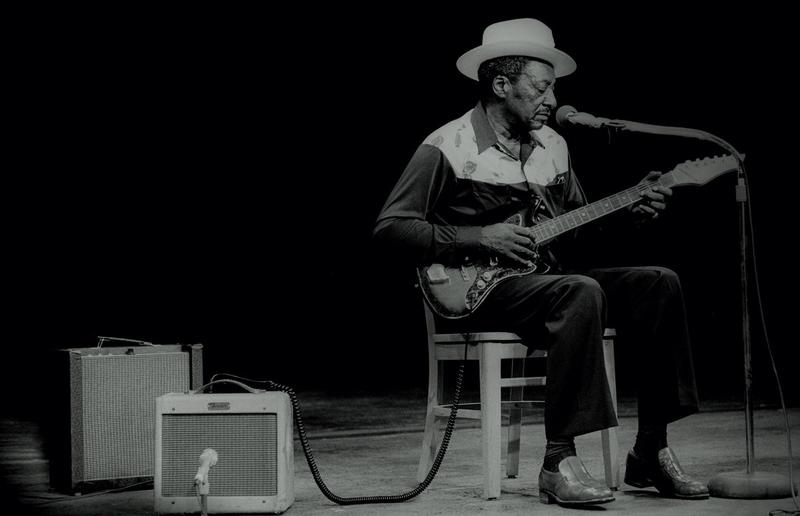 Ranie Burnette was born on July 4th, 1913 in Pleasant Grove, MS, located in Panola County. While he was known to have played local dances and juke joints in the hill country of north Mississippi during the 1940′s and 50′s, competing with the likes of Fred McDowell, no known recordings of Ranie were made until the 70′s and early 80′s while he was living in Senatobia. During that time he recorded two sides for a regional 45 single and was later recorded by Leo Bruin, both in Senatobia and during a trip Ranie made to the Netherlands. Some of those recordings appear on the Swingmaster CD “Going Down South”, along with tracks by harmonica player Johnny Woods and R.L. Burnside, whom Ranie mentored and often played with. Burnette’s music, like the other artists mentioned here, is strongly rooted in the rhythmic tradition of the fife and drum bands from the region, which you’ll hear in the 11 songs, also recorded by Leo Bruin, presented here. Ranie Burnette died in Memphis, TN, on January 23, 2000 and is buried in the cemetery at Ebeneezer Missionary Baptist Church in Como, MS. -Big Legal Mess Records