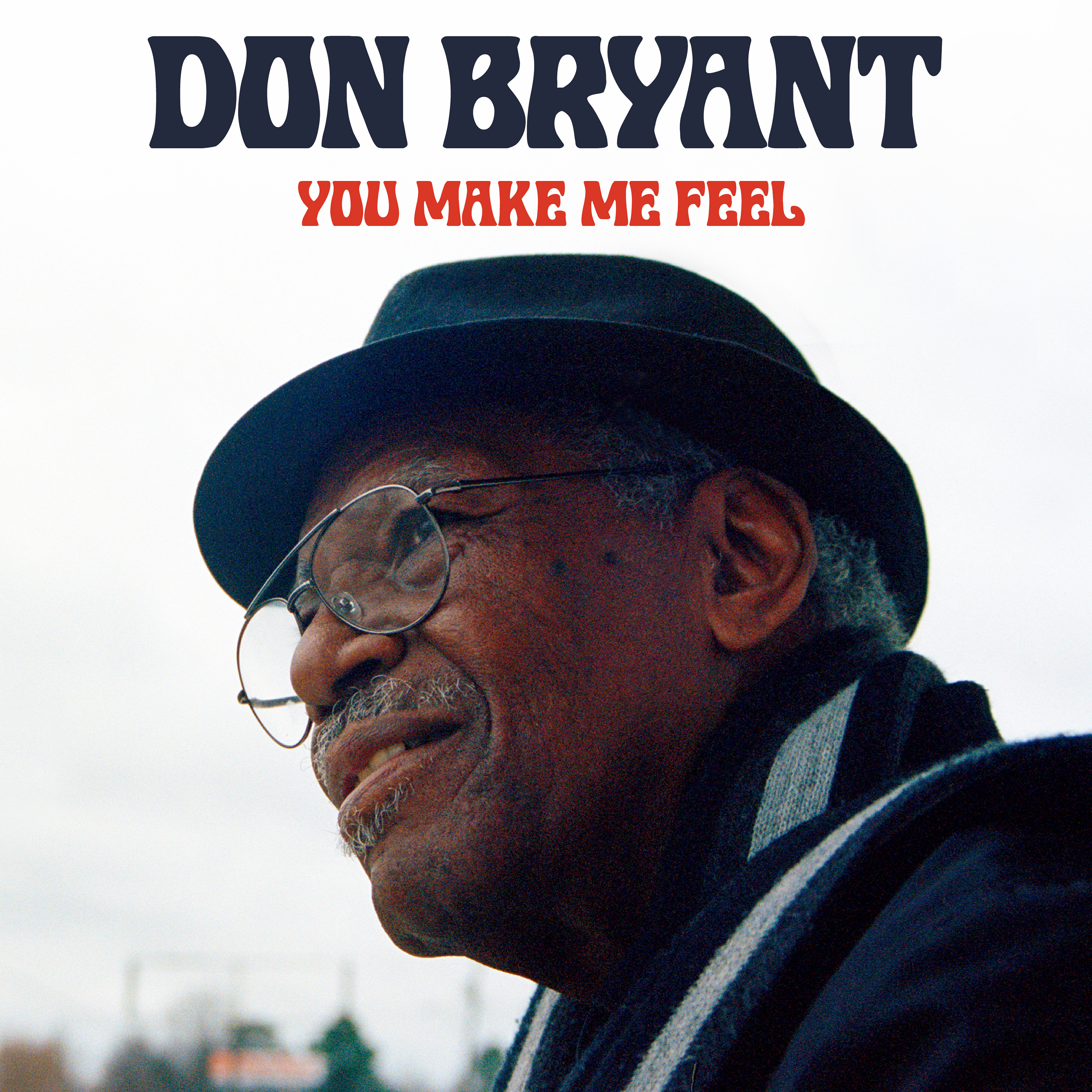 For the first time in his career, the great Memphis songwriter Don Bryant has recorded his own version of “I Die a Little Each Day,” the hit he wrote for Otis Clay in 1973.

You Make Me Feel (June 19 Fat Possum) continues Don’s resurgence with newly written music and a revisit to Don’s celebrated back catalog, where he’s interpreting some of his songs for the first time. Produced by Scott Bomar, who recently scored Dolemite Is My Name, and mixed by Matt Ross-Spang (Elvis Presley, Al Green, John Prine), the album features members of the Hi Rhythm section—Howard Grimes, Archie “Hubbie” Turner and Charles Hodges, who played on his by Al Green and Ann Peebles— with members of St. Paul and the Broken Bones and The Bo-Keys.

If you turn your ears a certain way, You Make Me Feel can be heard as a love letter to his wife of 50 years, Ann Peebles. “I fell in love with Ann when she first came in to Hi,” he reveals. “But there was so much going on with her—recording, travel, so many around her—it wasn’t my time. And I wasn’t in no hurry—I knew I wasn’t going nowhere! We got to know each other better and better and it opened up. It was a long drawn out situation, but for me it was love at first sight.”

“It feels good to have found my own voice,” says Don, who never stopped writing. “Music has always been a part of me, I’ve never given up on it, never let it go. If I’m walking around, I’m humming songs. Now, I’m trying to let it all out. What I had, what I got, and what I’m gonna get.”

Don is nearing the age of 80, and You Make Me Feel is his third solo album. His 1969 debut Precious Soul was produced by Willie Mitchel, who planned for Bryant to be Hi Records’ next star. Don instead took a supporting role and made a career as a Hi Records hit man, namely as the songwriter and background singer for Peebles, who topped the charts in 1974 with “I Can’t Stand the Rain.” Ann retired from music in 2012, and Don returned to the spotlight in 2017 with his second album, Don’t Give Up on Love.

“My main thing is to tell a story,” reflects Don. “Taking an idea and making a full story out of it is a challenge to me. I go back to look at situations in my life, work the story in my head…If you can tap into things that people go through, then they want to listen.”