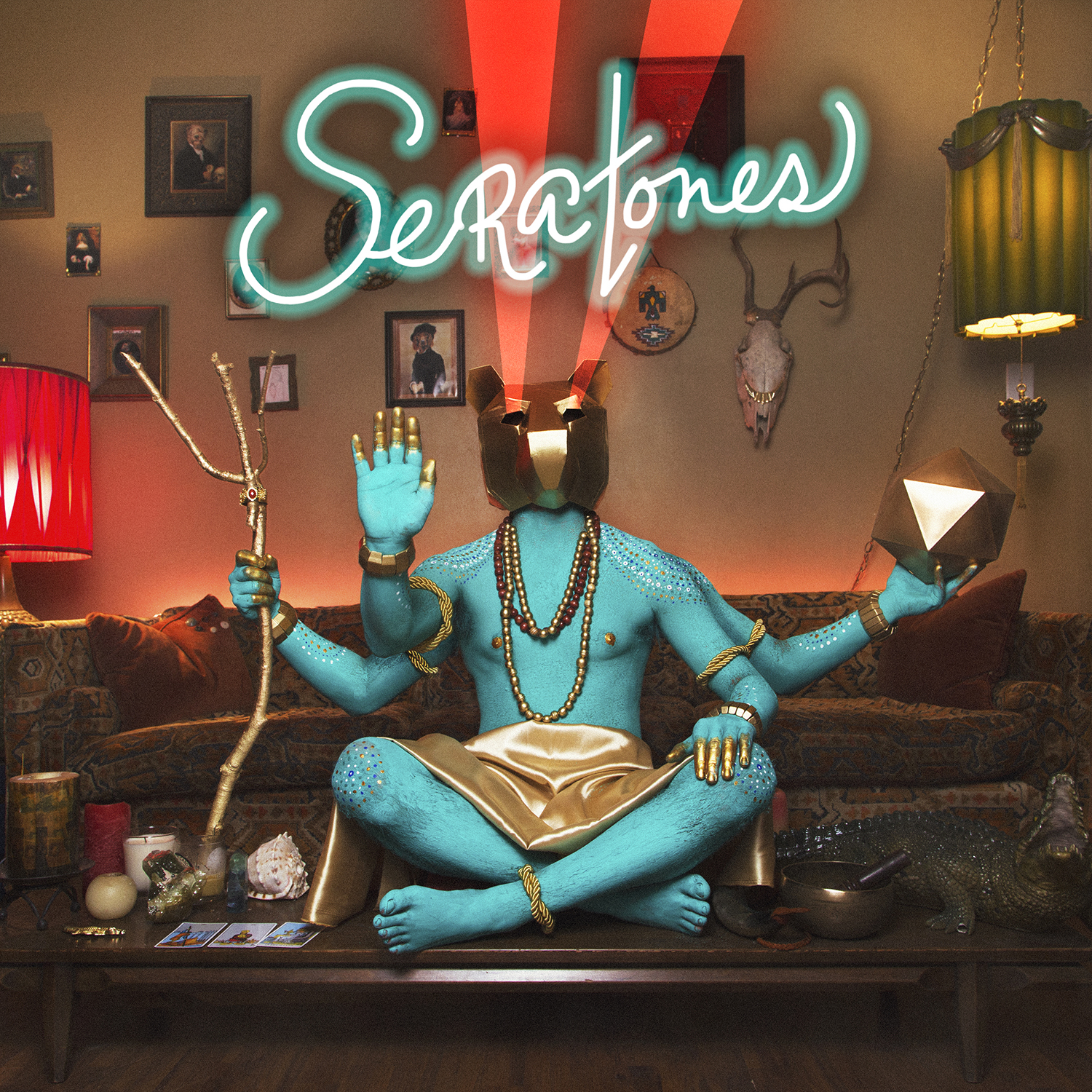 Seratones are beasts of the Southern wild. The four-piece rock band, hailing from Shreveport, Louisiana, play rocking, swinging, soul-stirring tunes that are uniquely their own. Their debut single “Necromancer”/”Take It Easy” is set for release October 16 on Fat Possum Records. It is produced by Jimbo Mathus. Here’s a dose of the good stuff.

The band’s sound owes much to the commanding vocals of frontwoman AJ Haynes. At age six, Haynes began singing in Brownsville Baptist Church in Columbia, Louisiana, where she was taught to project her voice to hit the back wall. “Church was where I was introduced to the spirit, y’know?” AJ says with her sage laugh.

“All our songs are written collaboratively, everyone takes care of their own instrument,” explains AJ of her bandmates Connor Davis (guitar), Adam Davis (bass), Jesse Gabriel (drums) . “‘Take it Easy’ started with an E-chord and a good groove, and we just pulled it from the ether.” A song about falling in love with someone you’re not supposed to, the irony is that “Take It Easy” has got some heavy licks. Of the rockier A-side, AJ explains: “‘Necromancer’ started with a riff Connor wrote, and I’d been working on a poem while reading Autobiography of a Yogi, and it just fit. It’s a dance song about dancing!”

This is only the opening salvo from a band ready to work. Between NPR latte-sippers and moshpit punkers, Seratones make the masses move their asses. People get ready!