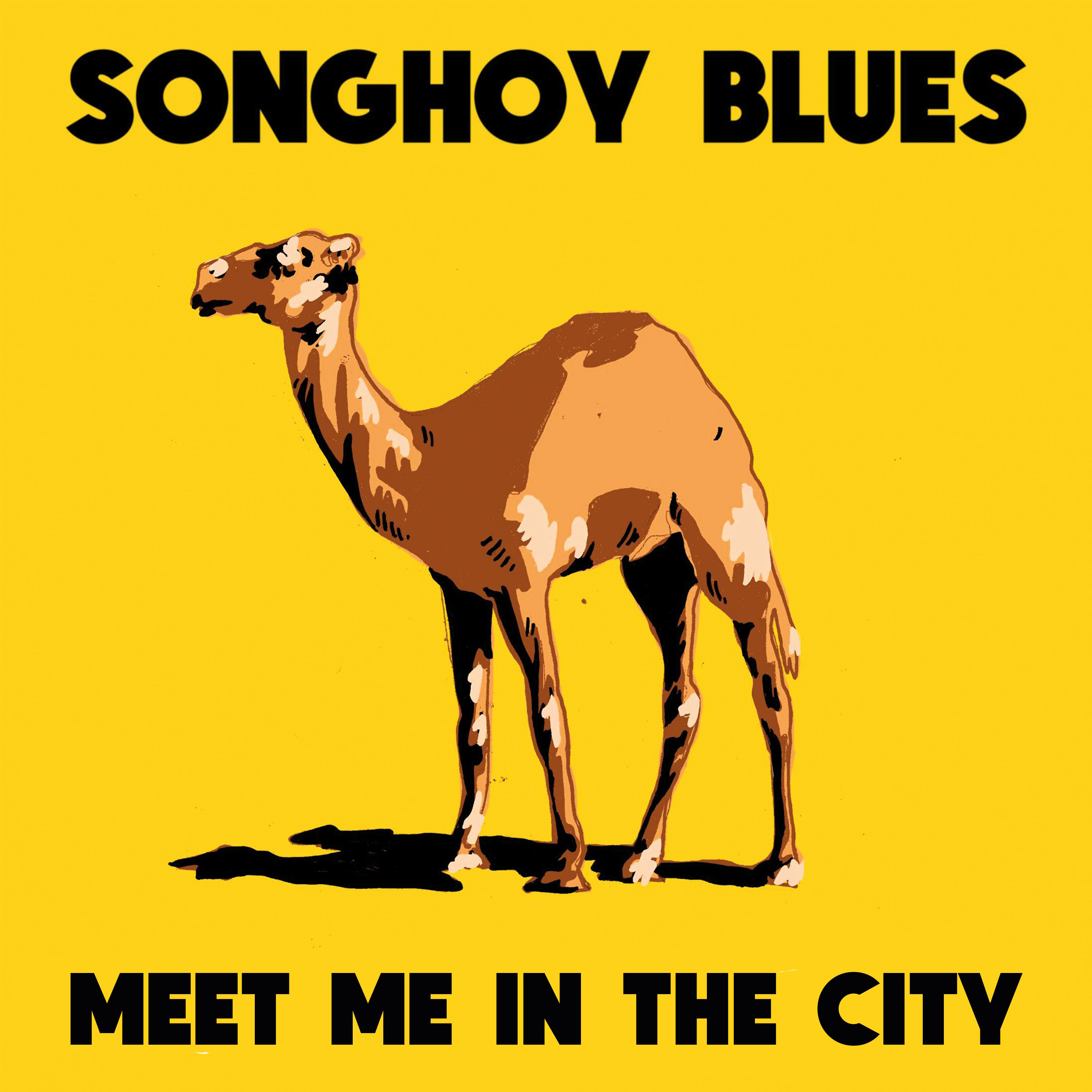 In September, Songhoy Blues Will Embark on a North American Tour

Songhoy Blues announce their latest EP, Meet Me in the City (October 18 on Yellow Vinyl)—their first new music since the critically acclaimed album Résistance, which Rolling Stone called one of the best albums of 2017. They also share two versions of the EP’s track “Time to Go Home,” one mixed by Blake Mills (Grammy-nominated producer of Alabama Shakes’ Sound & Color, John Legend’s Darkness and Light, and Perfume Genius’ No Shape) and the other by David Ferguson (known for his sound engineering work with “Cowboy” Jack Clement and on Johnny Cash’s American Recordings). The track, with lyrics written by Will Oldham (the music is by Songhoy Blues and Matt Sweeney and produced by Sweeney), appears on the EP alongside the title track written by Junior Kimbrough (with additional lyrics by Songhoy Blues and produced by Matt Sweeney), and a cover of Fela Kuti’s “Shakara,” featuring Femi Kuti. Songhoy Blues will embark on a North American tour beginning in September and extending through the fall.

Songhoy Blues says, “We’re really happy to introduce this new EP and our English-language debut on the song ‘Time To Go Home.’ Please enjoy it and get ready for a heavy new album coming up very soon.”

Matt Sweeney adds, “I think it’s safe to say that the brave poets of Songhoy Blues have a different idea what a ‘bad day’ is than pretty much all other rock bands. Their music and singing are powerful beyond words. Making a new song with them was a humbling honor and an unforgettable joy.”

On PBS’ American Masters, Will Oldham spoke of working with Songhoy Blyes, saying, “They are a Malian band that’s really trying to make sense of what they’ve been witnessing, what they’ve been experiencing, and create or transmit a message to people about what they’re seeing and how they’re trying to understand it and make change…And to think, well I want them to know that I’m trying to listen and trying to understand, and if I can give voice to some of what they’re experiencing, that they might be emboldened by this musical connection.”

Steeped in the deep traditions of classic Malian music & desert blues fused with a youthful and super-charged sound of today, Songhoy Blues formed in 2012 in Bamako after its members had left Timbuktu, which was under siege by Islamist militants. The band released their debut album, Music In Exile, in early 2015 receiving across the board praise, including a 5/5 rating in The Guardian who claimed, “they have all the makings of African-rock crossover heroes.” Rolling Stone named the band one of their 10 Artists You Need to Know, calling the album “a churning, loose-limbed garage-rock take on traditional Malian music.” Mojo gave 2017’s Résistance a 5/5 rating, with Clash writing, “The group’s Afro-centric adventures are rooted in rhythm, and nowhere is that more evident than on Résistance,” and Rolling Stone adding praise for the “skittering disco-tinged guitar vamp [that] slinks through the track alongside spaced-out synth lines and brassy horn blast.” They have continued marching, playing, and dancing their way into the hearts and minds of music fans everywhere with their electric, eclectic, and kinetic songs. The band already counts such luminaries as Nile Rodgers, Gary Clark Jr., Run the Jewels, Iggy Pop, and Nick Zinner as fans.

Most recently, the band completed a sold out run of UK dates, recorded a live session for BBC 6 Music; filmed an episode of the new UK TV show Noughts & Crosses in South Africa; featured in a new photography exhibit called My Rockstars by Hassan Hajjaj at La Maison Europeenne de la Photographie in Paris; and collaborated with UK artist Andy Morgan on a multimedia exhibition called Music & Conflict at the Imperial War Museum, which debuted in June 2019.

Songhoy Blues are also proud spokespersons for the charity WaterAID, and have helped to raise money & awareness toward providing relief in their native Mali. They will be appearing in an upcoming documentary on climate change in the Sahel; and were featured in the award-winning documentary “They Will Have to Kill Us First”, about the plight of musicians in war-torn Mali.

Meet Me in the City Tracklist: