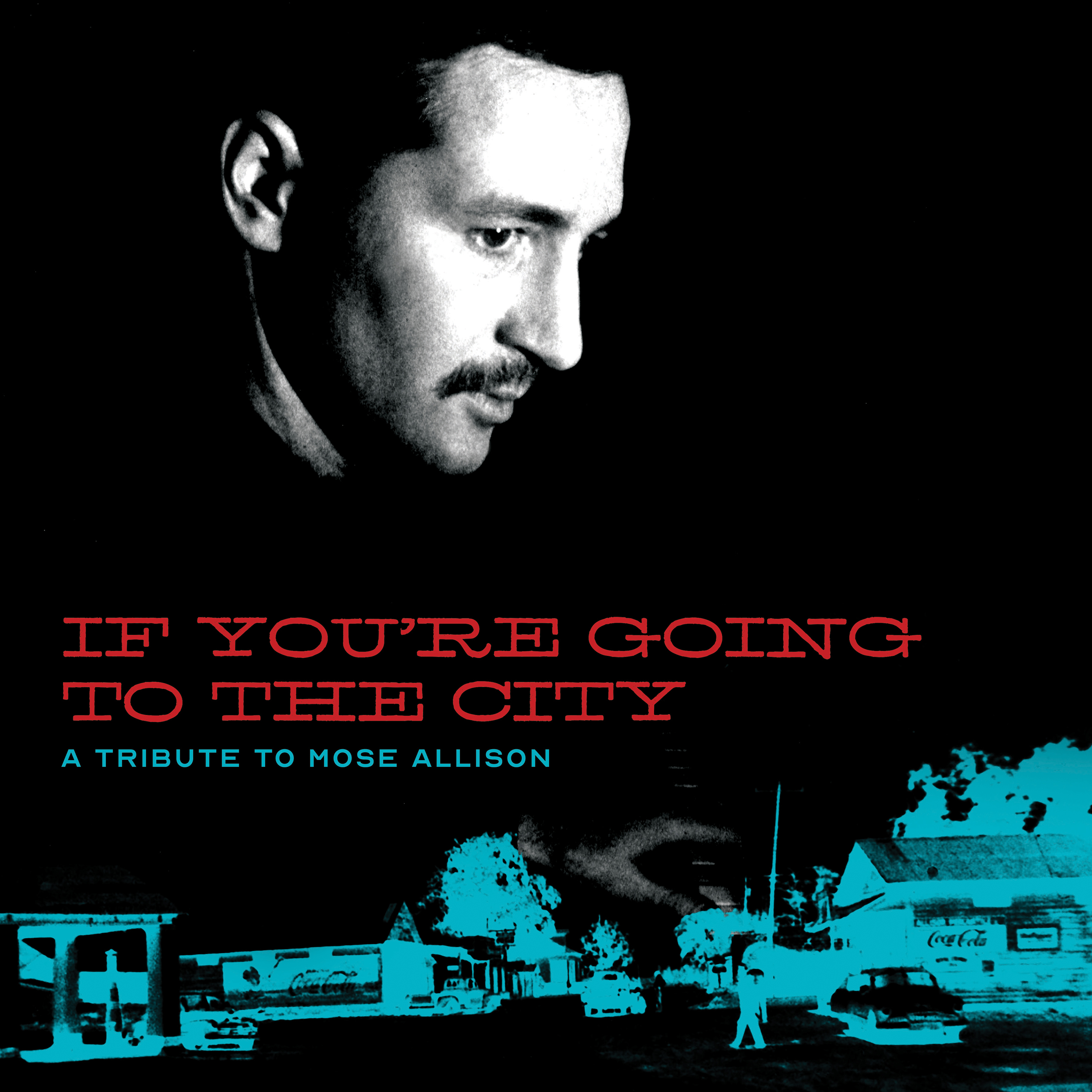 IF YOU”RE GOING TO THE CITY: A TRIBUTE TO MOSE ALLISON
Out November 29 on Fat Possum

Buy Vinyl:
180 gram / Double LP / Custom etching on side D / Liners by Michael Simmons / An essay by John Allison / Includes a DVD of the documentary “Mose Allison: Ever Since I Stole The Blues” by Paul Bernays / Black Canvas Tote Bag

Buy CD:
6 panel digipak / Liners by Michael Simmons / An essay by John Allison / Includes a copy of the documentary “Mose Allison: Ever Since I Stole The Blues” by Paul Bernays / Black Canvas Tote Bag

Loudon Wainwright III’s version of “Ever Since The World Ended”

Official trailer for ‘Mose Allison: Ever Since I Stole The Blues’

Wainwright remembers, “For many years I made a point of going to see Mose Allison play wherever I could -In London, Chicago, LA, and , of course, in my hometown of New York. I considered his gigs essential listening and going for me was, not to get too highfallutin’ , a pilgrimage. When I nervously would approach to say hello to him after a show I was always thrilled that he seemed happy to see me. Mose’s cover version of my song “I’m Alright” was an unparalleled highlight of my career and I can only hope he would have approved of my stab at “Ever Since The World Ended.”

Mose’s daughter Amy Allison teamed up with musician/producer Don Heffington to honor her father’s rich catalog of songs. “We were talking about my dad’s legacy and thinking about all the musicians who were fans, and how a tribute album featuring some of these artists would be cool, especially if it were to benefit a worthy cause. Don said “Let’s put it together ourselves” and introduced the idea (and me) to his friend producer/engineer /studio owner Sheldon Gomberg. Sheldon ALSO happens to be on the board of Sweet Relief Musician’s Fund, an organization started by Victoria Williams to benefit musicians in need. And so it began…”

Sweet Relief Musicians Fund is a 501(c)3 nonprofit that provides assistance to career musicians who are struggling to make ends meet while facing illness, disability, or age-related problems. Grant recipients include recording artists, club and session musicians, and composers and songwriters from every musical genre. Since its inception, Sweet Relief has helped musicians with medical and living expenses, including insurance premiums, prescriptions, medical treatment and procedures, housing and food costs, utilities, and other basic necessities.

Born in 1927 in the Mississippi Delta, Mose John Allison grew up listening to jazz and blues greats such as Louis Armstrong, Memphis Minnie, Duke Ellington, Louis Jordan and the Nat Cole Trio. He learned to play piano and trumpet as a boy. After a stint in the army and then several years playing in clubs around the South, he moved to New York City to make his career as a pianist, songwriter, and performer fronting his own trio. Allison performed with jazz greats such as Stan Getz, Zoot Sims, and Gerry Mulligan, and developed a distinctive style of playing that fused blues and jazz with succinct and timeless lyrics. Mose Allison became a favorite among his peers and his songs have been covered by other great artists such as Van Morrison, The Who, Bonnie Raitt, Elvis Costello, The Clash and many others. Allison passed away in 2016 at the age of 89.

If You’re Going to The City Tracklist:

1. Taj Mahal – Your Mind Is On Vacation
2. Robbie Fulks – My Brain
3. Jackson Browne – If You Live
4. The Tippo Allstars featuring Fiona Apple – Your Molecular Structure
5. Ben Harper and Charlie Musselwhite – Nightclub
6. Chrissie Hynde – Stop This World
7. Iggy Pop – If You’re Going to the City
8. Bonnie Raitt – Everybody’s Crying Mercy
9. Loudon Wainwright III – Ever Since the World Ended
10. Richard Thompson – Parchman Farm
11. Peter Case – I Don’t Worry About A Thing
12. Dave Alvin and Phil Alvin – Wild Man On the Loose
13. Anything Mose! – The Way of the World
14. Frank Black – Numbers On Paper
15. Amy Allison with Elvis Costello – Monsters of the Id