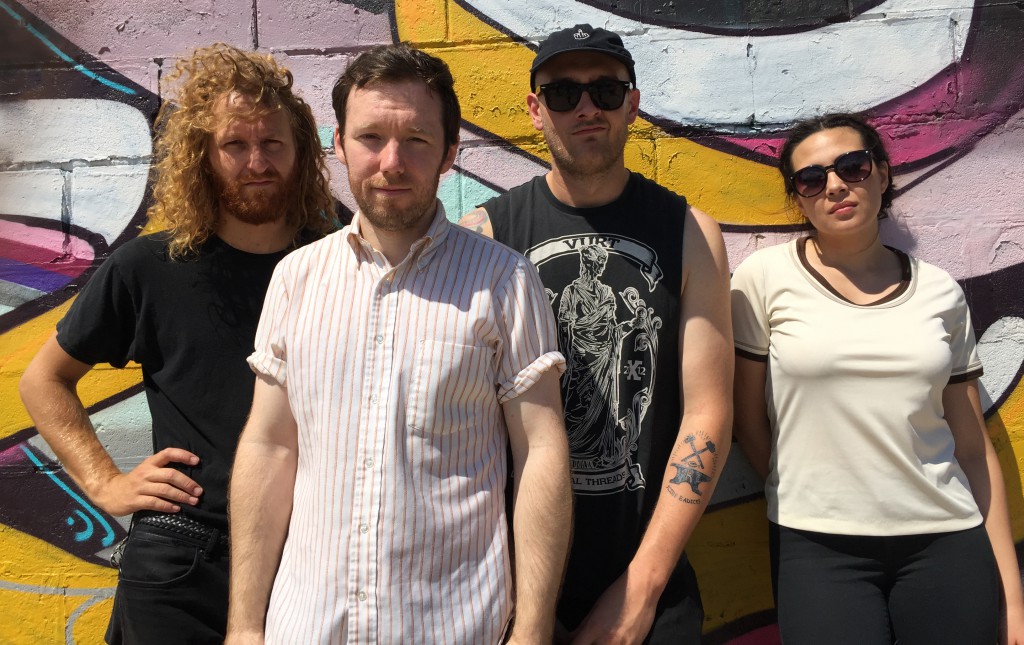 How do you improve an already striking set of stripped-down, homemade pop? Gary McClure, the St. Louis-by-way-of Scotland songwriter behind American Wrestlers, a once anonymous project that became one of the year’s best new bands, believes it’s about being true to the basics.

“It’s truly about becoming good enough to write the album you wanted to listen to when you were 15,” he says. “Every time I make a new record, I feel like I’m getting closer.”

Goodbye Terrible Youth (November 4, Fat Possum) shows McClure taking bedroom recordings onto a bigger stage without sacrificing the intimacy that makes them so attractive. If his self-titled album showed his knack for stringing together addictive guitar lines—the shimmer of shoegaze mixed with the emotional fist pump of power pop—Goodbye Terrible Youth amplifies that energy with a road-tested band. Literally breaking out of the home studio—the Tascam mixer McClure had been recording on has fallen apart from overuse—he’s embraced a bigger sound and stage on Goodbye Terrible Youth, his rueful yet propulsive songwriting only becoming sharper.

“I wanted to write songs that bridged the gap better between audience and stage,” he says. “Faster, louder more distortion. Something you can do handstands and backflips and start small fires to.”

Building on the dreamy haze of previous recordings, McClure’s music on GTY often crackles with energy. Lead song “Vote Thatcher” flips a switch between propulsive, jangly guitar lines and bright, boisterous, choruses, a fitting backdrop for lyrics imploring listeners not to let their youth slip through their fingers. “Someone Far Away,” propelled by a massive, fuzzy bassline, makes a perfect soundtrack for a long desert drive, while the angular and angsty, while “Terrible Youth” opens with a muscular take on the mid section riff of Marquee Moon, than fuzzes into grunge over a Stone Roses bass line along with a bit of Big Star swagger.

When McClure’s homemade recordings surfaced in late 2014, they featured the kind of lo-fi charm you’d expect from a lost classic, like a long-lost mixtape rediscovered under the seat of your car. Self-released on Bandcamp, the earnest and effortless album reflects McClure at his best.

“Its this weird kind of thing happens where the music kind of constructs itself,” he says. “My music making process is always happening, always going on in my head. It’s almost like anti-virus software in my computer. It’s always plugging away in the background.”

McClure’s career may be the definition of plugging away, enough so that he has the unique distinction of being “discovered” twice. Before starting American Wrestler, he was one-half of Working For a Nuclear Free City, a shoegaze-inspired band out of Manchester, England. By 2013, McClure and bandmate Phil Kay decided to wind the project down. As McClure weighed next move, he started playing around and posting demos online. The tracks caught the attention of Bridgette Imperial, an American who was studying overseas, and sparked more than just a meeting of musical minds. They began dating, and a year later, McClure had moved to St. Louis to marry her.

The midwest move has been a key influence for the restless musician, a more open music scene than he was accustomed to in Manchester. While working a warehouse job for UPS in Missouri, McClure began experimenting and recording what would become the first American Wrestlers album, and the momentum and reception built since then has allowed him to stretch out and refine a new album of songs with a full band, which includes Imperial, who plays keyboard, as well as Ian Reitz on bass and Josh Van Hoorebeke on drums. McClure’s new set of bouncing, well-crafted songs show that musical youth is not always wasted on the young.
“I’m always surprised by how each record brings me closer to writing simpler, heavier, catchier songs like those bands who gave me my musical epiphany: Nirvana, the Smashing Pumpkins, Hole and that first Foo Fighters record,” he says. “I first learned how to write by copying them and got lost for a decade in intricacy and experimentation. Now, it feels like I’m heading back.” 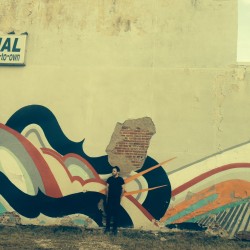 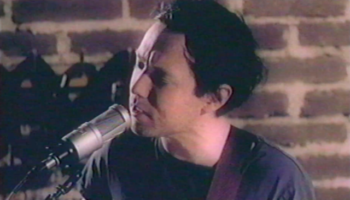 Watch American Wrestlers’ Video for “Give Up”, Start Tour This Week 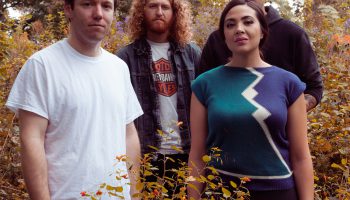 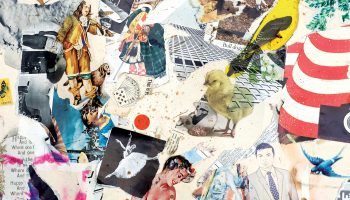 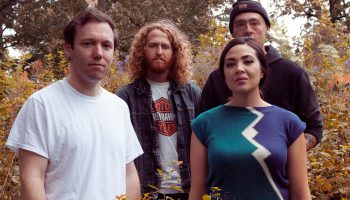