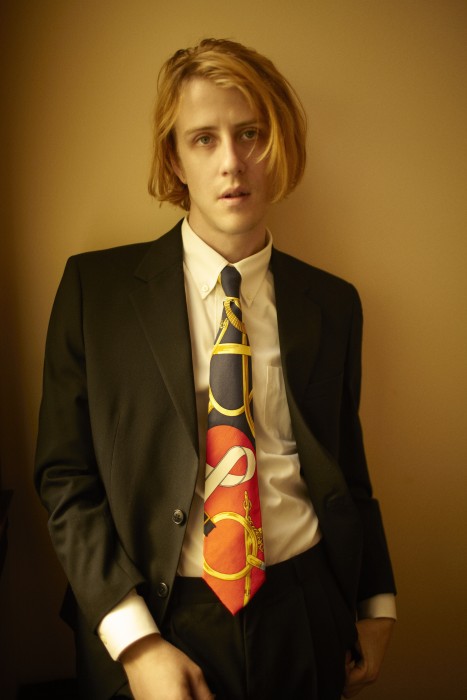 There were questions I was frequently asked when I first met the press. “How are you handling this overnight success?”  “How does it feel to do these tours and meet people all around the world?” Questions I often found impossible to answer. As someone who communicates through songwriting this is a record that is very much an account of those days and how I was, in fact, feeling.

Lysandre could easily be mistaken as an album about a love affair and the girl I fell in love with. But it’s much more then that. While love inspired me to write “Lysandre’s Theme” – and the album closes with this encounter- it also tells a story: the story of a writer in a band who suddenly finds himself facing the reality of a first tour and everything that entailed; from writing alone at home, to suddenly being in a band preparing for their first out of town shows. It’s a personal account. My account. Not that of a band or what the world might have seen. This is some of what I was feeling. A little window into my soul.

I wrote “Lysandre’s Theme” on the classical guitar on the 8th of August, 2008, just after her first stay with me in San Francisco. On the 7th of January 2009, I sat down to put the story of how I met her – and the tour on which that happened – into words. I decided to let the theme dictate the chords and form of the entire record; letting its chords be the colors on a palette to paint many pictures, allowing the theme to recur and tie the story together conceptually, making every song on the album akin to the other, never leaving the key of A.

“Here We Go” is about the excitement I felt when I was preparing to leave for tour, about the songs I’d sing – “Carolina, Southern Carolina” – and our first destination: “listen to me sing New York City”. The next song is about the near unbelievable amount of wonder I had with arriving at this point in my life after living a very different life in Amarillo, Texas.

“A Broken Heart” is about an ex-boyfriend I ran into in New York City, and the feelings that brought out.  I came to learn that touring does that; suddenly you see old faces. You’re no longer hiding at home. You’re forced to feel. “Here We Go” is about staying focused and being thrown forward with the inertia of the tour “gotta keep on moving–don’t try to get me down, don’t try to harsh my mellow, man.” The show must go on!

I wanted to further the storybook element by adding the samples you hear of the airplane taking off and arriving in the Riviera town of Hyères, France, and the sounds of the beach. “Riviera Rock” is a fun song that helps paint that picture: where we were, how amazing and beautiful the journey was. “Love Is In The Ear Of The Listener’” really digs into those feelings of naiveté and stage fright. This would be our first festival; our first big stage. How new it all was. And the need to sing your song regardless of how it’s received. People will decide to tear you down or to lift you up.

And then “Lysandre”–boy meets girl, the crush I had, and how she wasn’t immediately responding to me. “Everywhere You Knew” describes in detail how we fell in love.

Lysandre was a girl working at the festival. After the festival ended there was a party for bands and crew, we all sat around drinking wine and talking, I finally asked her to sit with me–”Just when I thought it was over I said come sit on my lap, you did and you asked me why I hadn’t tried to kiss you yet. And I said that I wanted to yesterday when you took me to your mother’s house and we watched television on the couch, and then I bought a pack of cigarettes”. At the end of that song I talk about remembering how I felt when the flight I was on had to have an emergency landing because the airplane blew a tire on take-off.

It’s a story that benefits from retrospect and, indeed, the final song “Lysandre’s Epilogue” was written about a year later – in 2010- after she visited and we had tried to make it work long distance. And how it couldn’t. After leaving Girls and deciding to try to work in an even more personal manner then I had before – not as a member of a band-this seemed perfect. It’s my story and it should be told like this. Personally.

I worked with a lot of wonderful musicians, who helped bring what I had written to life, and with Doug Boehm who produced the last Girls album. I’m grateful for their work and how committed they were to my vision. I think their talent and commitment shows.

I feel like this is the most focused effort I’ve ever made musically; telling a story from one song to the next in order of occurrence, making the album almost like one long song. A little bit like a musical. I’m very proud of it and happy it worked so well. I’m pleased to be able to share it with the world; its story, its music, its universal and classic themes. It’s a coming of age story, a road trip story, a love story. It’s a moment in time that has been captured and brought to life through art. For you, for me, for us. For what it’s worth. 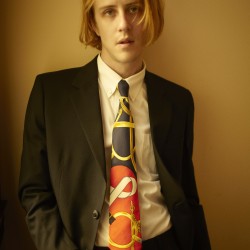