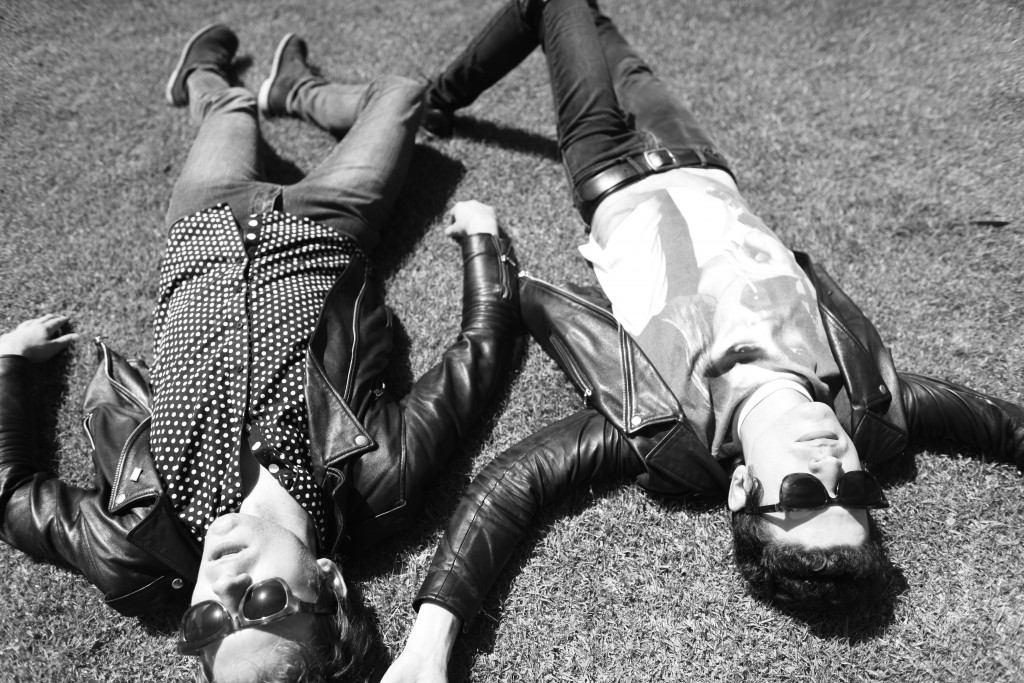 “Welcome to the art-punk renaissance”, declared Rolling Stone magazine last year, triumphantly heralding Crocodiles’ debutalbum. It was all just deserves for a San Diego duo who’d spent years kicking against the mundanity of their sprawling military town. As singer Brandon Welchez remembers it: “My neighbourhood was just so boring that a lot of my friends started doing hard drugs at an early age. A lot of kids were growing up too fast, like, in a gross way…losing teeth.  Plus my high school was full of racists and homophobes. Music was an escape from all that.”

Sharing both Brandon’s love for girl groups and punk, and his feeling of small-town-alienation, was guitarist Charles Rowell. Meeting at an anti-fascist rally when they were teenagers, the two have been in countless bands together since.

Last year the pair released their acclaimed debut album as Crocodiles. Alongside Rolling Stones support, ‘Summer Of Hate’ also garnered them endless blog buzz and tours across the US and Europe supporting bands like Holy Fuck and The Horrors. Straddling vast sonic terrains from the jagged guitar stabs of street-strutting lead single ‘Neon Jesus’, to throbbing kraut rock, expansive shoegaze and irresistibly danceable disco-punk jams, ‘Summer Of Hate’ drew comparisons with The Velvets and Primal Scream.

Significantly, it also caught the ear of one James Ford – Simian Mobile Disco man and producer of Arctic Monkeys, Klaxons and Florence and the Machine amongst others. Together, all three headed into the desert in early 2010 to create ‘Summer Of Hate’’s psychedelic, hypnotic and anthemic follow-up. An album that would later be christened, somewhat fittingly: ‘Sleep Forever.’

“It was this home made studio in the middle of Joshua Tree that was just bulging with vintage equipment,” remembers Brandon. “You’d open a cupboard and a 60s organ would fall out or there’d be a 1950s hollow-body guitar under your bed!”

James Ford adds, “The studio in Joshua tree was a perfect place to record. It’s a magical place and the studio had lots of otherworldly toys and instruments to play with! We bonded over a love of Harmonia and the Monks and got excited by the idea of combining these krauty rhythms and textures with the bands’ psychedelic songs and melodies.”

“More krauty, more dub” are the watch words that Brandon and Charles use to describe ‘Sleep Forever’.  “James was really great,” says Brandon of its producer. “I guess there was a small fear that because he is someone who produces hit records that he’d clean us up a lot, but he did a great job of keeping it raw.”

Raw it may be, but ‘Sleep Forever’ is still an unmistakably more refined beast than its predecessor. Drums and organ whirls envelope you on tracks like ‘Mirrors’ and ‘Sleep Forever’, which nod to ‘Ladies and Gentlemen…’ era Spiritualized as much as they do Neu! and The Velvet Underground. Meanwhile, Brandon’s tough Cali sneer gives it’s most emotional performance to date in ‘All My Hate and My Hexes Are For You’.

Indeed, ‘Stoned to Death’ and ‘Hollow Hollow Eyes’ still buzz with Crocodiles’
trademark jerk and noise punk jut, but there’s tenderness and romance too – as heard on  ‘Girl in Black’ and ‘Hearts Of Love’ or the euphoric first single ‘Sleep Forever’.

If this album has a manifesto it’s escapism and adventure – both sonically and
metaphorically.  “All I’ve ever thought is, ‘what can we do to make sure our lives aren’t ordinary and boring?’ I don’t wanna go back to school or get a real job!” laughs Brandon.

Back with a full five-piece live band – including drummer Alianna Kalaba, bassist Marco Gonzalez and keyboardist Robin Eisenberg – and a summer of open roads ahead of them, it seems unlikely that Crocodiles will ever have to do anything more mundane than soundcheck again. 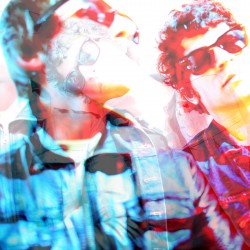 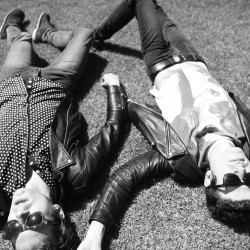 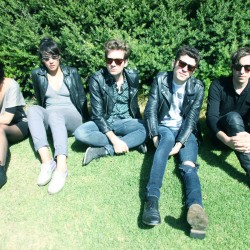 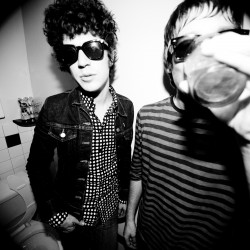