Self is largely the project of Matt Mahaffey, a Murfreesboro, Tennessee-based singer/songwriter/multi-instrumentalist who began writing songs at age four and was a professional drummer at 12. During high school and college he became proficient at home recording, setting up a studio in his basement and recording demos, some of which eventually became part of his debut album, 1995’s Subliminal Plastic Motives. The album, an eclectic blend of power pop, hip-hop, and samples, earned Self a devoted following and tour dates with big alternative acts like Garbage, 311, and Cracker. After being on the road with touring bandmates guitarist/vocalist Mike Mahaffey, keyboardist/vocalist Chris James, drummer Jason Rawlings, and bassist/vocalist Mac Burrus, Matt Mahaffey celebrated his return to the studio by releasing a small-run album, Half-Baked Serenade, on the local Spongebath label, which he co-founded. In 1999 Self returned to the limelight with the tonally diverse Breakfast with Girls, which was co-released by Spongebath and Dreamworks. Arriving in 2000, the quirky Gizmodgery was performed exclusively on toy instrumentation and was quickly followed by a pair of free digital releases, Selfafornia and Self Goes Shopping.
Ornament & Crime In the early 2000s Mahaffey relocated to Los Angeles, where he launched a career as a successful producer and collaborator working with a wide variety of artists like Beck, P!nk, Keith Urban, Butch Walker, and Tenacious D. Self completed a major-label follow-up to Breakfast with Girls in 2004 called Ornament & Crime, though it was ultimately shelved by Dreamworks and remains unreleased. Many of the songs appeared in demo form on the self-issued 2005 collection Porno Mint & Grime. That same year, Mahaffey’s brother and Self bandmate Mike Mahaffey passed away. Over the next decade, Self remained on the back burner while Mahaffey and his other bandmates worked on their own projects. Despite a handful of reunion shows, their next recorded output would be the 2010 single “Could You Love Me Now?,” followed in 2011 by another single, “Looks and Money.” Finally, in 2014, Self returned with a more substantial release in the form of the six-song EP Super Fake Nice. The band continued to perform sporadically over the next few years. -Heather Phares of All Music 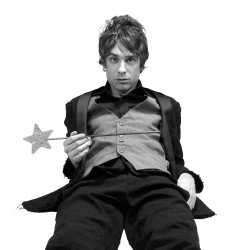