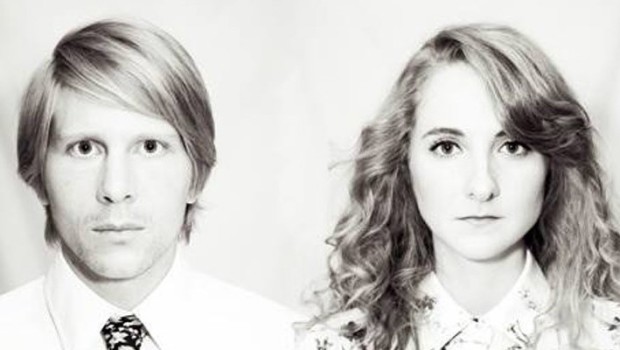 If Tennis’ debut album, Cape Dory, was a narrative of a specific time and sensation, the Denver group’s follow-up, Young and Old, is its antithesis. The new disc, recorded in Nashville with Black Keys drummer Patrick Carney, embraces a grander landscape of ideas and feelings, revealing a riskier, looser version of the band.

Cape Dory, released in January of 2011, chronicled a sailing voyage embarked upon by band members and married couple Patrick Riley and Alaina Moore, who met while in college in Denver, and was never intended to be shared. Young and Old, in some ways a reaction to its predecessor, represents the first time Riley and Moore have penned tracks that are meant for those outside themselves. “We wrote Cape Dory almost by accident and after playing those 10 songs over and over for ten months we knew exactly what we wanted to be playing onstage each night,” Moore says. “We were compelled right away to write this new record and it came very quickly. This is the first time we wrote songs for the sake of sharing them and performing them for other people.”

Many of the tracks that appear on Young and Old were written while the band, which also includes drummer James Barone, toured on their debut. Parts were imagined during soundchecks in venues across the country and great thought was put into how the new numbers would translate onstage. Riley and Moore solidified the tracks in May and, along with Barone, spent nine days recording with Carney in August at Haptown Studio—the first time any of the band members had worked with an actual producer.

“We felt like we were doing one thing well and we wanted to expand sonically,” Moore says. “We wanted someone with a dirty, bluesy rock background, someone who was the opposite of our sound to help lend an edge to our music. We felt like Patrick would able to handle our songs well and he did.” Riley adds, “Patrick really channeled our ideas in the best way possible.”

The resulting album retains Tennis’ sparkling indie pop aesthetic, but expands the sonic and thematic elements to include a greater range of styles and ideas. Although Young and Old isn’t a concept album in the way Cape Dory was, this record, which takes its title from a William Butler Yeats poem called “A Woman Young and Old,” finds cohesion even as it expands what the group has previously done. “I didn’t want each song to be in complete

isolation from the next,” Moore says. “I wanted them to belong together. I felt like I’d done a lot of reflection personally while spending months on the road contemplating the transition I had made over the past year. I feel like each song is a vignette, a glimpse into a personal moment of mine spanning from childhood to womanhood.”

“My Better Self,” a song that inspired Moore to pen the other lyrics for the album, is dulcet and introspective, a hushed pop number that showcases the more intimate side of the band while “Petition,” a bluesy, exuberant tune, offers an opposing, kickier sensibility. “It All Feels the Same,” the disc’s delicately propulsive opener, marries the band’s past with their current freer playing philosophy. “It’s maybe one of the oldest songs we have musically, but it took a totally different turn in the studio,” Riley notes. “It was a nice taste of what’s to come. The idea of writing something so long ago that takes a shape you’d never thought of.”

In the end, Young and Old doesn’t so much tell a story as it does chronicle an evolution. It reveals a growing sense of liberation, of musicians coming into their own together. Its melodies are enchanting yet it’s all infused with an edgier tone than Tennis’ debut, a logical next step in the band’s career. “We aim to always be moving forward,” Riley says. “We’re always reaching toward the next song. It may feel distant but the more we work at it the closer it gets. That goal is always to reach it.”