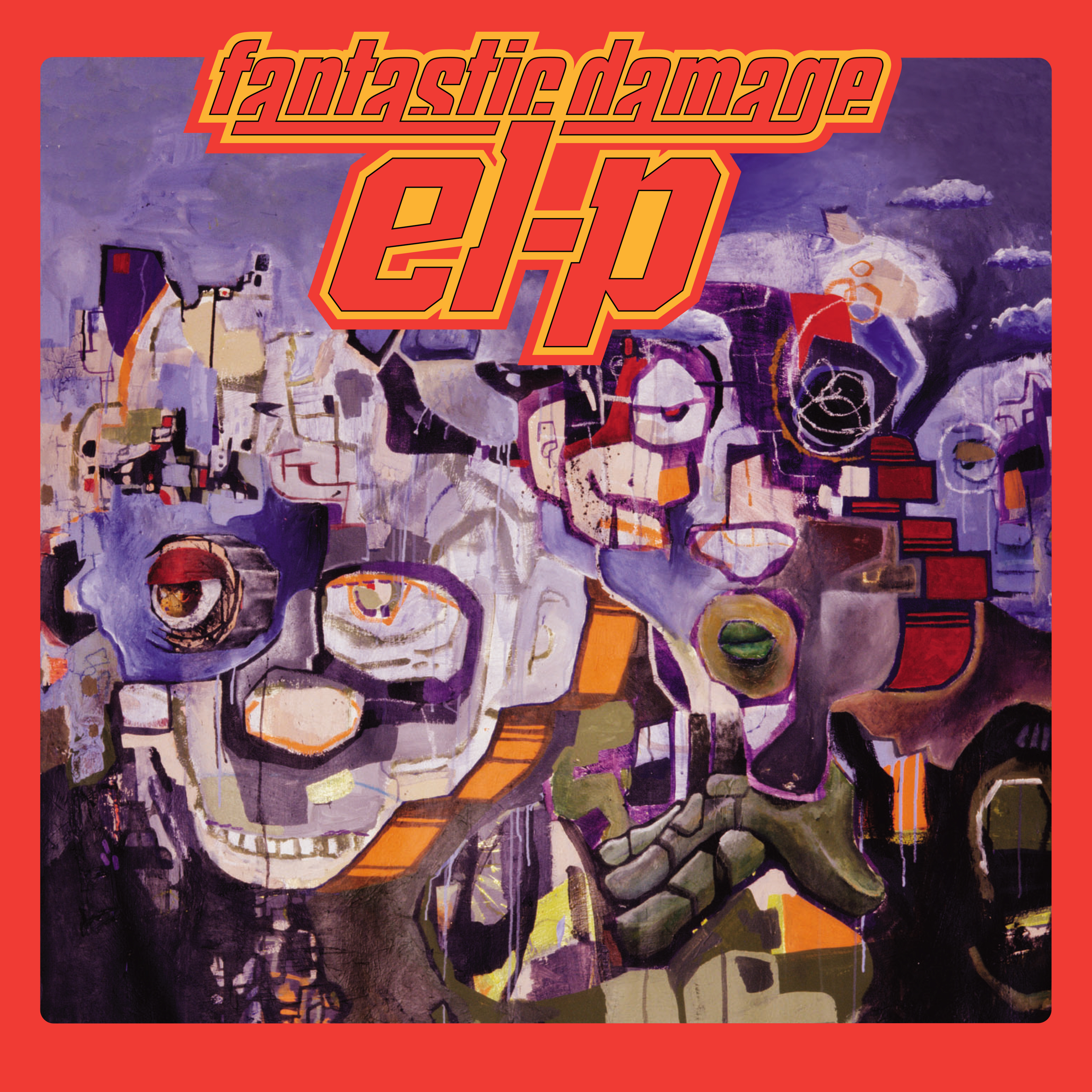 “El-P is a trailblazer in the hip hop underground.” – Rolling Stone

“Fantastic Damage picks up where Company Flow left off – slamming jagged boom baps into computer crash squeals, like the score for a Blade Runner sequel set in Brooklyn.” – SPIN

“El-P’s verbal gymnastics are matched by his production-stunning slabs of cacophonous beauty and gothic proportions.” – VIBE

“El-P has conjured up a warped cult classic” – NME

Iconic rapper and producer El-P, perhaps best known as one half of powerhouse rap duo Run the Jewels, recently announced an extensive reissue campaign of his full solo catalog via Fat Possum Records. Unavailable for nearly a decade, January 2020 marked the digital release of I’ll Sleep When You’re Dead, on streaming services for the very first time since its initial release in 2007. Today, his critically acclaimed and massively influential 2002 debut solo album, Fantastic Damage, makes its own official streaming debut in conjunction with its 18th anniversary, to be followed by physical editions of both albums later this year.

Fantastic Damage marked the beginning of El-P’s career as a solo artist, following a groundbreaking career as frontman and producer of legendary NYC underground hip hop crew, Company Flow. Fan Dam was a foundational release for his fledgling record label Definitive Jux, which would soon establish itself as an iconic juggernaut of independent rap in the wake of trailblazing solo records by El-P and label mates Aesop Rock, Cannibal Ox, RJD2, Murs, and more. The template El-P established on Fantastic Damage – a singular aesthetic pairing futuristic, post B-Boy production style with insightful, provocative & often prescient subject matter – was met with accolades across the media landscape, including Rolling Stone, Entertainment Weekly, Pitchfork, NME, VIBE, and SPIN among many others. The impact and influence of Fantastic Damage established it as one of the most important independent releases of its era, and charted a course to be followed by generations of artists in its wake. The album has been widely unavailable since El-P put Def Jux on hiatus in 2010, making it ripe for rediscovery in the new music ecosystem due to El-P’s monumental success with Run The Jewels.

“This album is raw and noisy and fucked up and exactly how I felt when I made it,” states El-P. “It’s the first time I ever tried to tackle a whole record on my own all those years ago. It was produced and recorded and mixed in my bedroom/studio in the apartment in Brooklyn I lived in at the time, right around the year 2000. It’s not where I am now but it is a moment that really meant something to me and it’s a huge part of my DNA as an artist so I’m glad to finally be able to get it back out there. Not only for those who knew it and missed its presence but for anyone who may have not known about it before now. I hope you enjoy this and thanks for all the amazing support over the years. I love doing what I do and I live to keep pushing forward. Fantastic Damage is, in a lot of ways, the start of all of it.”

The album precedes a bevy of new work by El-P, including the impending release of his original score for the feature film Capone (starring Tom Hardy), and the feverishly anticipated new Run The Jewels album RTJ4, out June 5th, 2020, also produced by El-P.