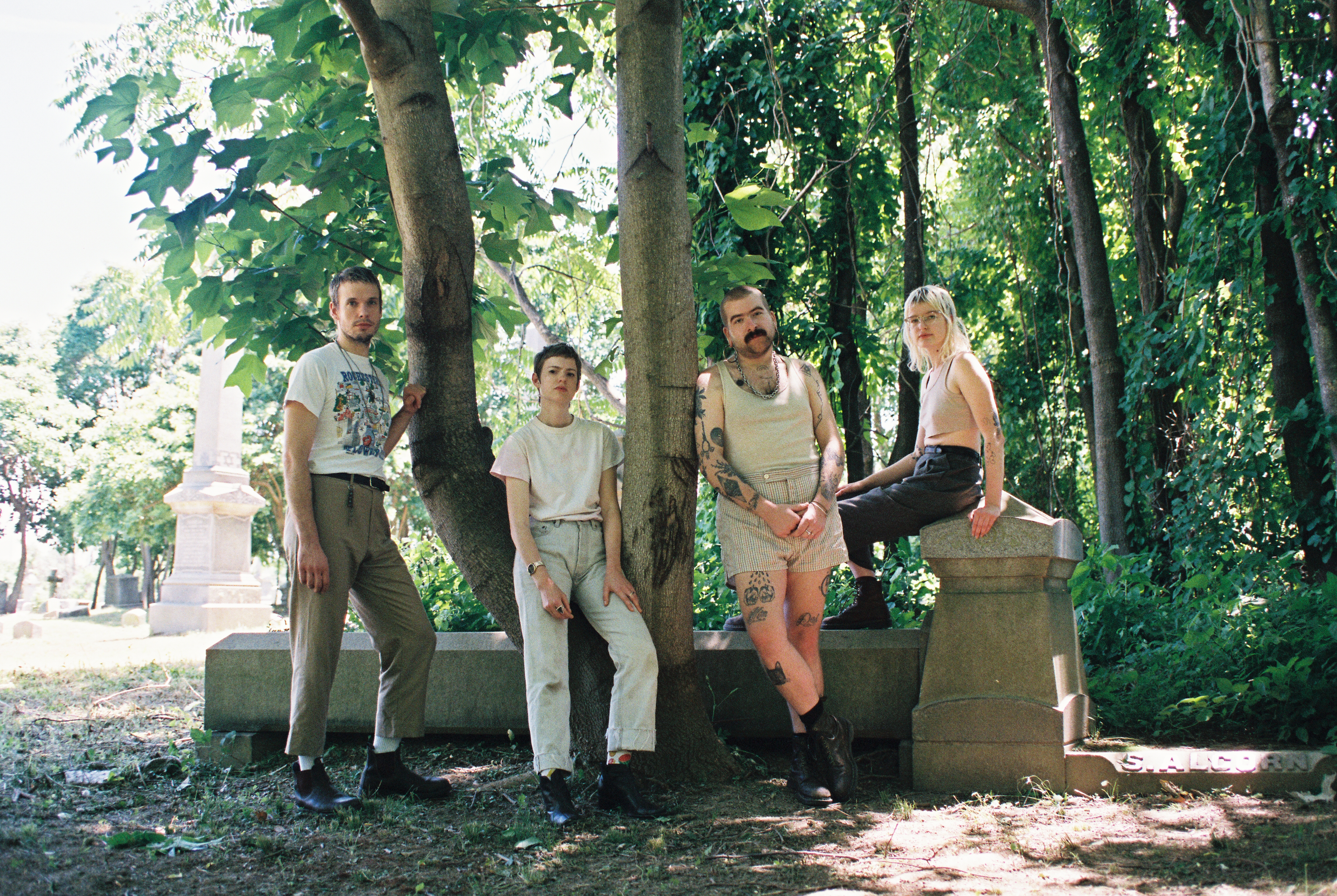 We’re so thrilled to welcome noise punks Empath to the Fat Possum family!  We will be reissuing the Philadelphia-based quartet’s critically acclaimed debut album, Active Listening: Night on Earth, with their 2018 EP Liberating Guilt an Fear (never before available on vinyl) included in the deluxe version of the LP.  Available for pre-order now, the records are out October 4th as a special edition co-release between Fat Possum and Get Better Records.

In the meantime, Empath has also announced a fall tour that includes dates with Sheer Mag, Mannequin Pussy and Guerilla Toss.

Empath goes far beyond the sound of birds faintly chirping. They’re a band that writes songs like communing with nature, bringing all their fuzzed and tripped out idiosyncrasies into harmony. Empath began in 2016 when Garrett Koloski, Emily “Jem” Shanahan, and Catherine Elicson moved into a house in West Philadelphia together, with Randall Coon joining shortly after. Even with the simple vision to shred, there’s a natural sensitivity in the way Empath communicates. Between the contrast of Elicson’s lush, almost delicate vocals, Koloski’s boisterous drumming, and the half-harmonious wash of guitar and Shanahan and Coon’s synths, Empath equips us with a healthy dose of emotional repose.

The noise punk band broke onto the national scene with the release of Liberating Guilt and Fear EP with renowned DIY Philly punk label Get Better Records in 2018 which drew praise from Pitchfork, NPR, The FADER, Rolling Stone and more, being compared to acts such as Broken Social Scene, Sonic Youth, Times New Viking, New Age and Priests. The lead single “The Eye” was deemed “Best New Track” by Pitchfork and Empath was tagged as a rising artist in the US indie music scene.

Over the course of 2019 Empath cemented themselves as one of the buzziest emerging bands in indie music, being heralded as “America’s most inventive young psychedelic band” by Rolling Stone Magazine. They also garnered more support from Pitchfork, The FADER, Stereogum, NPR and more around “Soft Shape” and “Hanging Out of Cars,” the two standout singles from Active Listening: Night on Earth LP. Their last single “Roses That Cry” received the “Best New Track” title from Pitchfork. Upon releasing the debut LP it received rave reviews from the top music publications in the world; being called “a noise pop gem” and given a 3.5/5 stars by Rolling Stone Magazine and receiving an 8.0 from Pitchfork.

After cultivating great success at the grass roots level Empath is ready to take the next step into their meteoritic rise with indie taste-maker Fat Possum Records. With the new global support of Fat Possum Records, Empath will be reissuing both Active Listening: Night on Earth LP and Liberating Guilt and Fear EP as a special edition dual-release with Get Better Records and taking to the road both in North America and overseas!