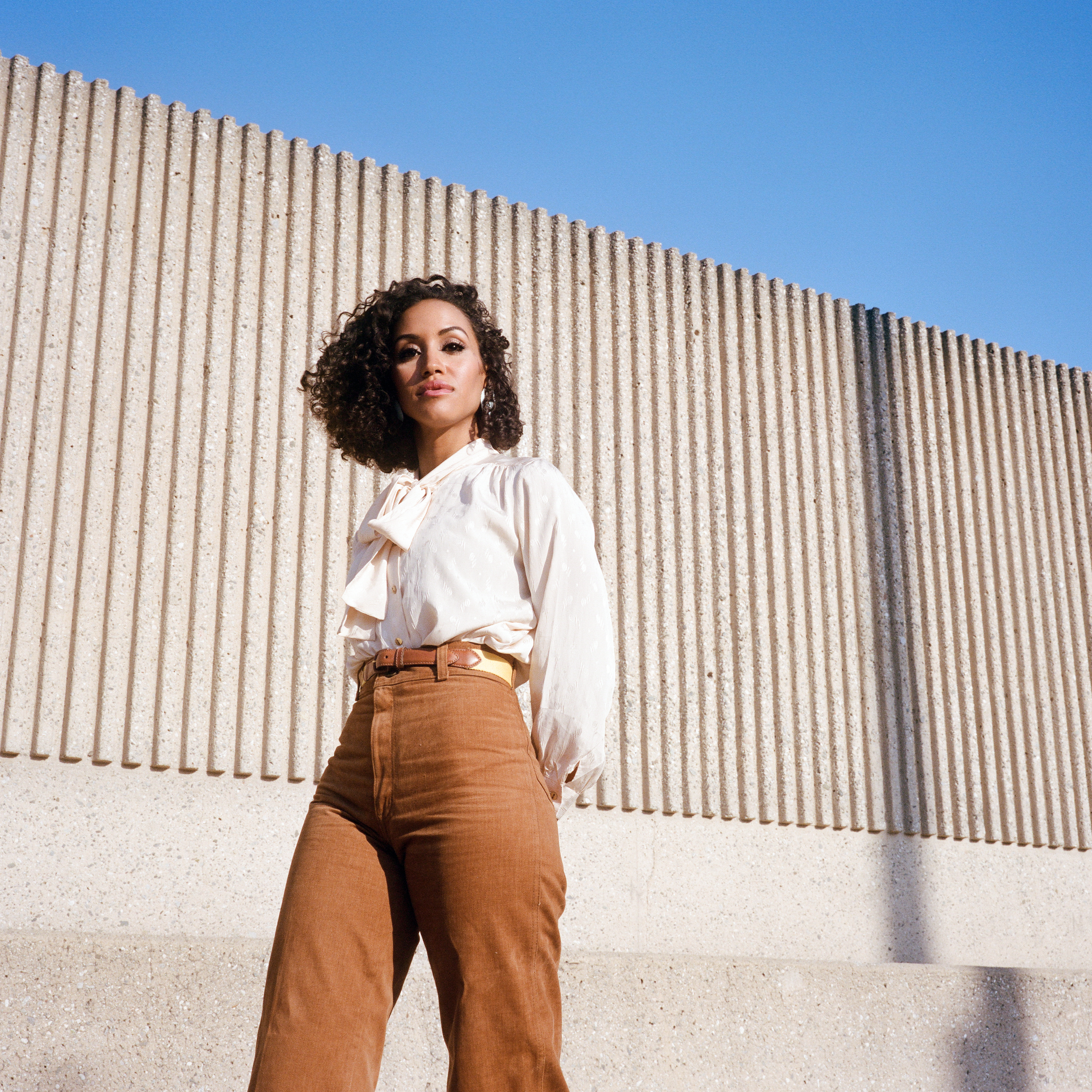 We’ve been keeping this under wraps for the past few months, but today we are beyond excited to announce the signing of Los Angeles’ immensely talented Kadhja Bonet. Head to Gorilla vs. Bear and check out “Honeycomb”, which GvB is calling a “Widescreen Instant Classic”. Kadhja Bonet’s “The Visitor”, out October 21st via Fat Possum and Fresh Selects. Listen here.

“The newly signed, genre defying Kadhja Bonet has announced the release of her debut The Visitor. On the album, Kadhja – pronounced “kod-ya” – invites us into a world not wholly our own, where past and future meet in a parallel, yet far lovelier, present. In anticipation of the release, Gorilla vs. Bear has shared the first track “Honeycomb”. Now available for streaming and free download, the song drifts listeners into a timeless, unplaceable realm of Kadhja’s own making. Fat Possum and Fresh Selects, two respected labels from different genres, have joined forces to bring us this transcendent debut – available in full on October 21.

The Visitor opens with an awe you’d expect from the golden age of cinema. In its half-mythical atmosphere, “Earth Birth” offers keys and choirs science-fictionally echoing down from deep space. This overture fades and Kadhja’s voice velvetly emerges on “Honeycomb” with a timelessness sending listeners scrambling to find her nearest genre. After running through classical, jazz, soul, folk, and even psychedelia, you find it ultimately impossible to comfortably place her. This is all by Kadhja’s design. For if she were “folk” it would only be the folk of some future aeon, a thousand hears hence. If her rich instrumentation of strings and wind strikes us as a “classic,” it’s not because it harkens to any past era, but because Kadhja paints perennial imagery that could as much be now as then as any other time.

Kadhja stays pretty mum – if not a little mysterious – about her own life story. She insists that her audience convene with her on imaginative and musical planes, instead of through byword associations with any scene or venue, be it in Los Angeles or on the beaches of Rio De Janeiro. What we do learn and should know about Kadhja is her early and formal training in classical music quarters, where she mastered violin and viola, learned flute and guitar, and gained the sharp compositional talents that frame every note and curve of The Visitor.

All writing and arrangement— except for the Jaco Pastorius melody put to her words on Portrait of Tracy— is entirely of Kadhja’s creation. While calling in friends like Te’amir Yohannes Sweeney for drums, as well as Low Leaf, Peter Dyer, Randal Fisher, and Itai Shapira for harp, synth, flute, and bass, Bonet still plays a good half of the instruments herself, including guitar, violin, flute, and the backup vocals that fill up the skies of her music. Kadhja also produced The Visitor, though with much of its mixing and engineering handled by her assistant producer Itai Shapira, one of the few souls trusted behind the curtains of her musical process.

The Visitor is an opus unpolluted by the mixed advice or overproductions that plague other albums. It plays through like one individual’s lucid dream in what is sometimes an all-too-dreamless musical landscape. Once we hear it, we recognize it as something that’s been harder and harder to find in the last thirty or forty years, though so badly missed. Kadhja has humbly learned from her predecessors while following their signs ever forward.”