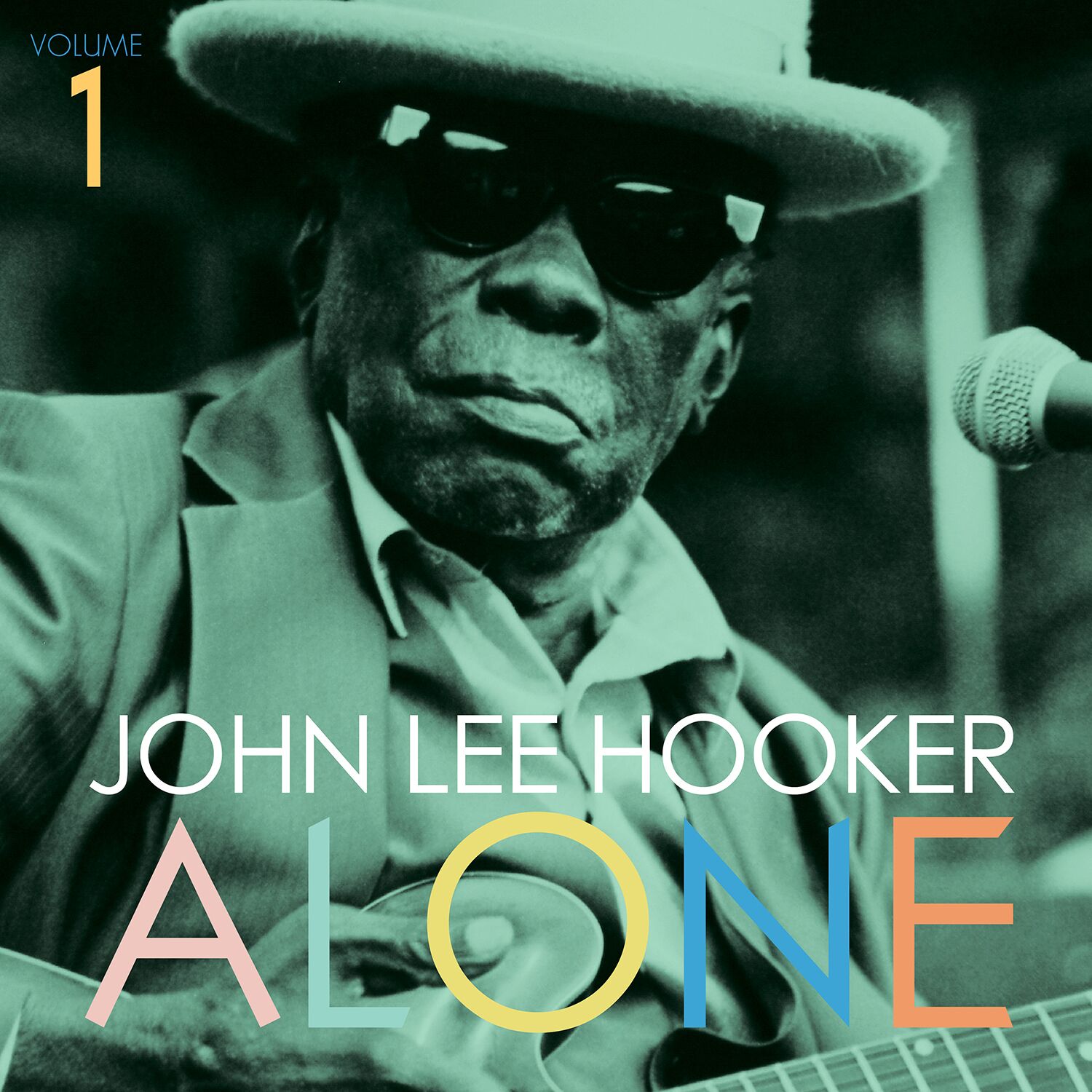 As part of our ongoing 25th anniversary blues reissue series, John Lee Hooker’s ‘Alone’ is now available on vinyl for the first time. This double LP was originally recorded live at New York’s Hunter College in 1976.

“Because he’s so loose and improvisatory — and because he loves to twist the 12-bar format into so many different shapes and sizes — John Lee Hooker can present a major challenge to sidemen. More than a few times, Hooker has done without sidemen altogether and gone it alone with thrilling results. That’s exactly what happens on Alone, an outstanding two-CD set containing live performances at New York’s Hunter College from 1976. Not having to concern himself with the needs of a drummer or a bassist, the singer/guitarist is especially introspective and doesn’t hesitate to let loose and improvise on such familiar tunes as “Boogie Chillen,” “Boom Boom” and “One Bourbon, One Scotch, One Beer.” Hooker enjoys improvisation as much as a jazz musician, and on these magnificent recordings, he is at his most uninhibited and takes one liberty after another.” – Alex Henderson (All Music)

Order your copy from the Fat Possum store here.