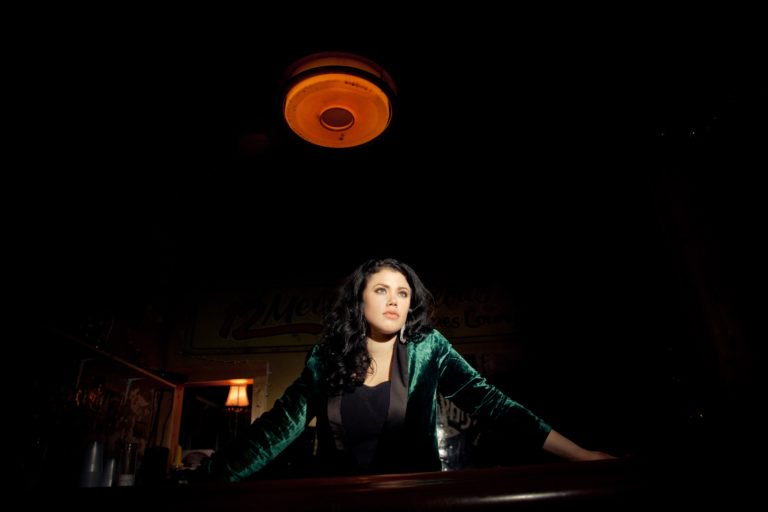 Liz Brasher‘s debut EP for Fat Possum Records sees this fiery new voice and band leader digging into her past and present to create music that is as timeless as it is refreshing. Hers is a diverse sound rooted in the influence of Brasher’s two homes: her adopted hometown of Memphis; and her childhood stomping grounds in rural North Carolina, where she was raised in a musical, multi-ethnic household. After the release of just two songs, both of which ended up on her EP, in 2017 NPR Music chose Liz Brasher as one of their Slingshot artist’s to watch for 2018. While her sets at SXSW saw praise from Rolling Stone and NPR before Brasher heads on a cross country tour with Red Wanting Blue later this Spring.

Today sees the release of the title track from Brasher’s EP, “Outcast“, which draws from the well of Memphis’ deep rock and roll history. Clocking in at under 3 minutes “Outcast” is a searing, fuzzed out garage track Brasher says she wrote “while looking at different periods in my life where even within sub-groups of the “counter-culture” I haven’t fit in. I’ve always been on the fringes. Being Dominican-Italian and growing up in the south as a daughter of immigrants, I never had a place in a set group, genre, or ethnicity. That bothered me for a long time but as I grew as an artist I realized it’s actually what made me unique. The song poses the rhetorical questions of what it says about human nature to not accept others, and what it says about people who find the strength not to care. In the end, you’re always an outcast until you’re not. You can make your own category, but it’s only because you find the courage to go outside of yourself and the accepted norm to do something completely different.”

“Brasher’s voice seems to come from many places and eras at once, from early soul and girl groups to modern pop” – NPR Music

“Brasher’s strain of soul, is one that’s flush with lyrical nods to Biblical images, Rubber Soul harmonies and a gruff reverence to its southern roots” – Billboard

“”Body Of Mine” recalls the girl-group thing, but somehow feels totally contemporary, too — it delivers power and frailty in equal measure” – NPR

Brasher’s release showcases not only her robust voice, but her guitar playing and songwriting chops, as well. Inspired by everyone from Pops Staples to surf guitar icons The Ventures, she approaches her electric guitar from a melodic, moody perspective, often cranking up the tremolo and reverb for big, bold effect. Elsewhere, she attacks the instrument with rhythmic stabs, underscoring her own melodies with blasts of chugging soul. Meanwhile, her lyrics tackle everything from Biblical themes to heartbreak, spinning stories that are as evocative and wide-ranging as her musical influences themselves.

“I don’t like rules, and I don’t like to be put into a box,” says the singer, songwriter, guitarist, and bandleader. “I make music that’s garage rock meets the Delta blues meets gospel meets soul. It’s southern music — my version of southern music.”